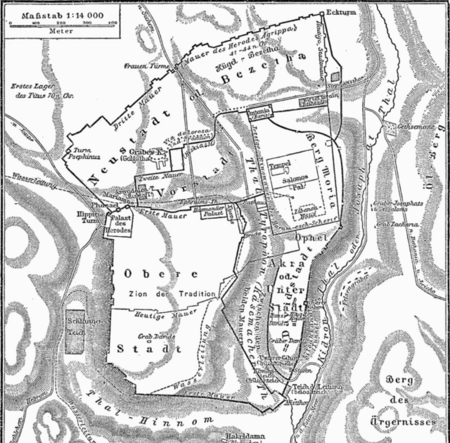 The Hinnom Valley And The Valley Of Jehoshaphat

The Valley of Hinnom went by two names in the Scriptures and these names are Tophet and Hinnom in Jeremiah 7:31-32 where the heinous child sacrifices took place.  Its name was changed to the Valley of Slaughter in Jeremiah 7:32 where they sacrificed their children to Molech and buried them in the valley until they ran out of burial space.


All three valleys are connected to form the 21st letter of the Hebrew Alphabet, Shin. It looks like the letter W in its paleo form and it represents the Name of God, "Shaddai". 1. God said in 2 Chronicles 6:6, I have chosen Jerusalem, that my Name be there forever. God placed His Name eternally in the city of the Great King, (Matt 5:35).


The Valley of Jehoshaphat should not be confused with the Jezreel Valley north of the state of Israel as you view it from Megiddo. The Jezreel Valley is where Armageddon takes place, Revelation 16:16. All nations will gather in the Jezreel Valley to prepare to make war against Him at His second coming to earth at the end of the 70th Week, or tribulation, (Rev 17:14).


Time Magazine some time ago came out with an article, The Battle For Jerusalem. The world rejects Israel's claim to Jerusalem as its capitol.


We read in Zechariah 1:14 God said, 'I am jealous for Jerusalem and Zion with great jealousy. In other words, in the Hebrew, 'I am aggressively possessive of Jerusalem".


In Zechariah 1:15 God says, 'I am very sore displeased with the heathen….I was but a little displeased, and they helped forward the affliction. In other words, I was upset, but now they ticked me off!


United With Israel News reported, Visit a brand-new park in the Valley of Hinnom, outside of Jerusalem, and discover its historical roots in the Book of Joshua, which is where the concept of Hell originates. The neighborhood has been rehabilitated by the City of David organization, producing a lush environment where tourists can sample food, ancient bread, and olive oil created using ancient methods.


Bible prophecy calls for all nations to invade the Kidron Valley and seek to eliminate the Jews and take Jerusalem. God will meet them head on destroying these nations.


We read in Joel 3: 1-2 that when the Jews are in the land the nations will seek to destroy the chosen people. God said He would gather all nations and bring them to the Valley of Jehoshaphat. In Joel 3:12-14 God will bring the heathen into the valley of Jehoshaphat to judge them. God will crush them like grapes in a winevat until the blood flows.


The Kidron valley is also called, the Valley of Decision where the final decision will come about and the nations destroyed when they attack Jerusalem.

The stage is being set for this end-time scenario to be carried out as Israel's enemies are getting into position. close at hand